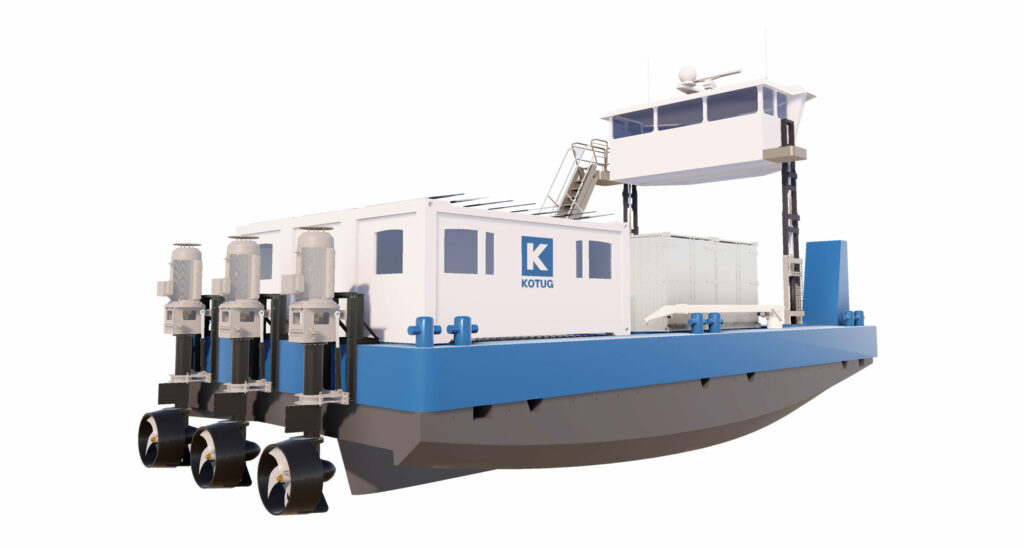 For the inland water transportation industry KOTUG combines a range of modular and scalable electric pusher tugs, the E-Pusher™ Series, powered by swappable energy containers with its smart AI-driven dispatch and route planning application OptiPort. With this zero emission logistic solution, KOTUG aims to support the worldwide energy transition and the modal shift from road transport to waterways while meeting the growing demand for electric-powered vessels.

The KOTUG E-Pusher Series currently has three models ranging from 5,5 to 22 meters in length and a maximum depth of 0,45 to 1,35 meters resulting in a draft that is 30% less than conventional pusher tug designs.

Due to the modular approach and lean assembly method, KOTUG reduced the construction time of the E-Pusher by more than half compared to traditional vessels. The swappable energy containers range from Stage V diesel, (Bio)gas and Hydrogen to battery solutions.

For smart operations KOTUG uses OptiPort, its advanced dispatching-, route- and reporting tool. KOTUG OptiPort is an automated dispatching system based on historical and real-time information bridging port and terminal information with ship operations. The tool supports fleet owners in optimizing expected departure- and arrival times, routing and speed control, leading to reduced energy usage and just-in-time departure and arrival.  The system is active since 2017 and is currently in use by vessel operators in as Australia, Japan, Belgium, Canada, the United States and the Netherlands.

Together with partner Circle Line Logistics KOTUG deploys the smallest version of the E-Pusher, also known as KOTUG CityBarge, for various projects in the Netherlands, such as in Amsterdam, Leiden and Utrecht. With a draft of only 45 centimetres, the boat can sail in shallow water and pass under the lowest bridges, making the CityBarge a perfect fit for water transport in historic city centers and a natural alternative to road transport.

With this concept, KOTUG contributes to urban liveability by reinstating the use of waterways for urban distribution of waste and other cargo to relieve congested cities of (heavy) truck transport.
The construction time of the E-Pusher S is around four weeks. 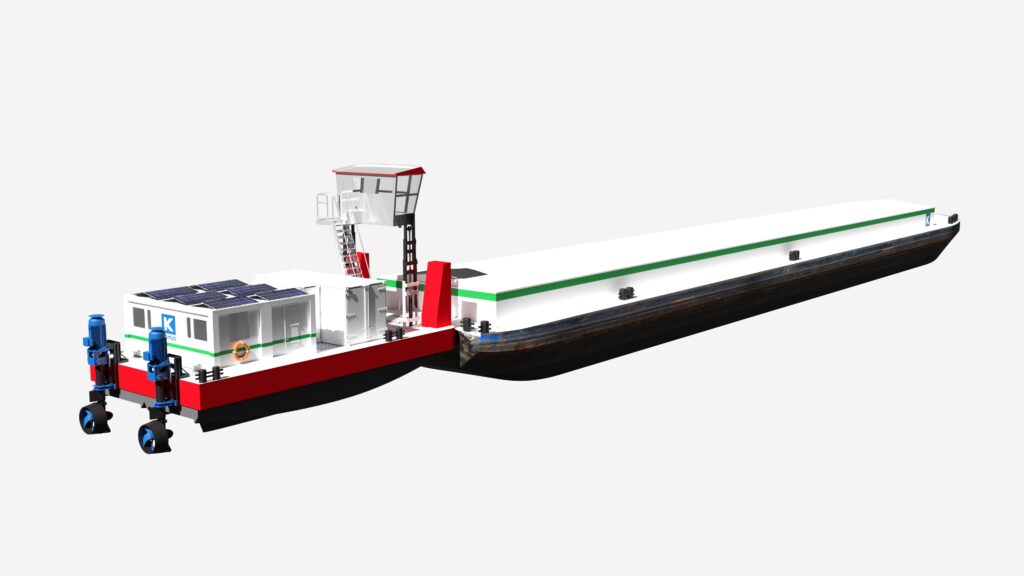 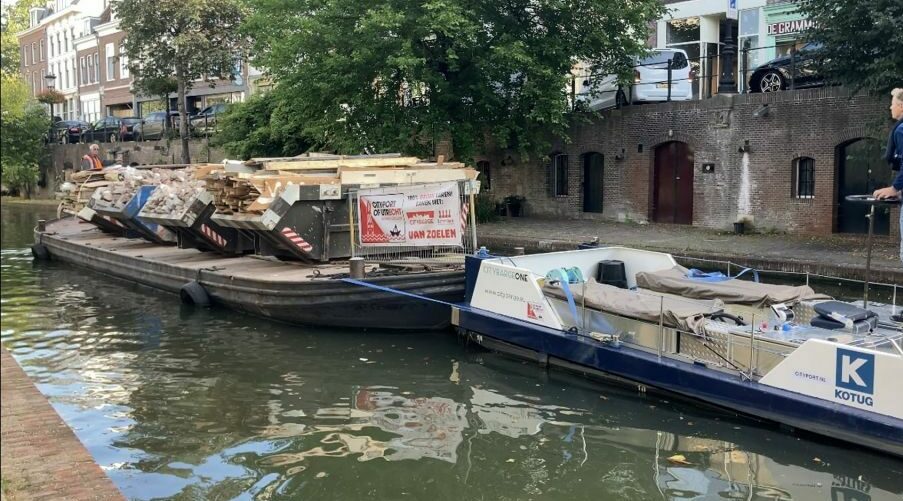 Transporting construction waste over canals in Utrecht with KOTUG E-Pusher™ 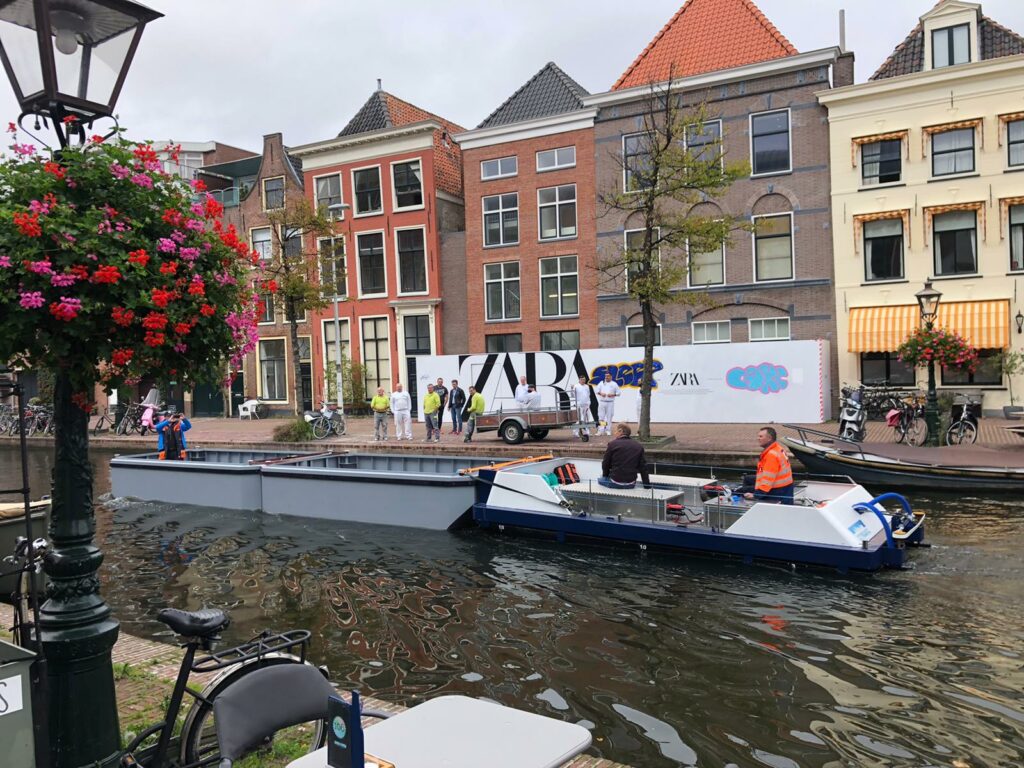 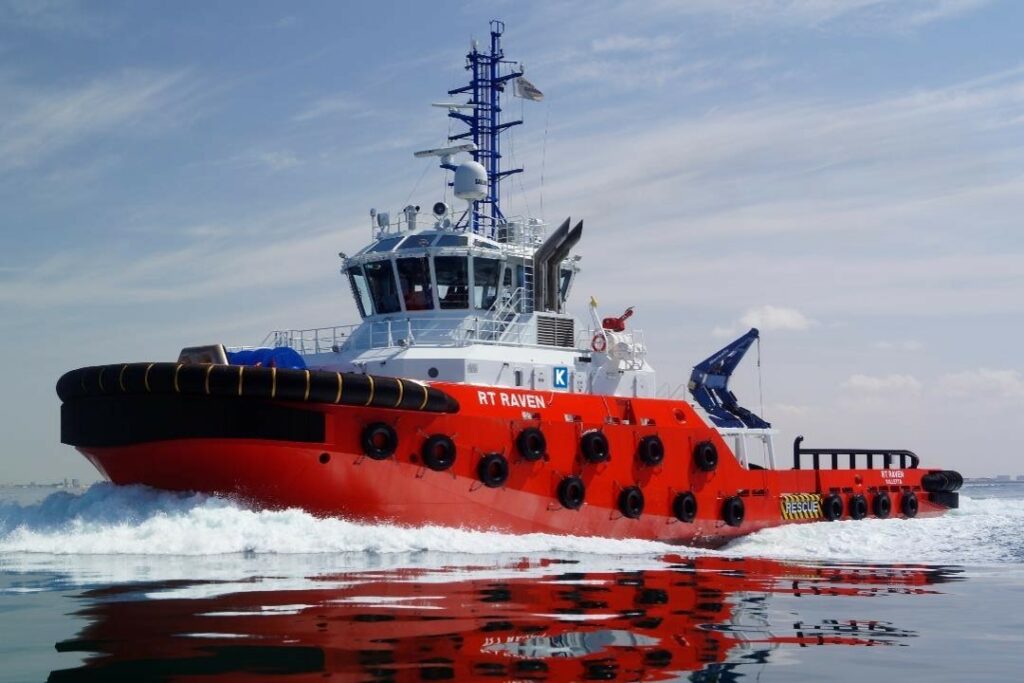 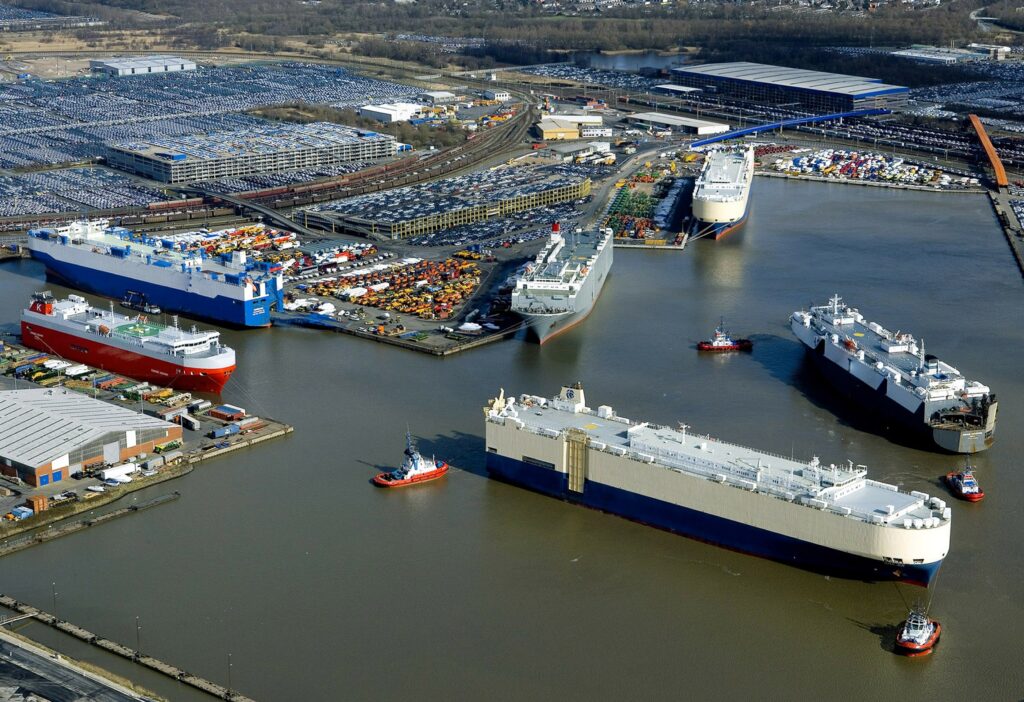 Getting access to independent reporting of your harbour related fleet, acquiring a competitor, or are you just curious about how your competing towage operator is managing its fleet? 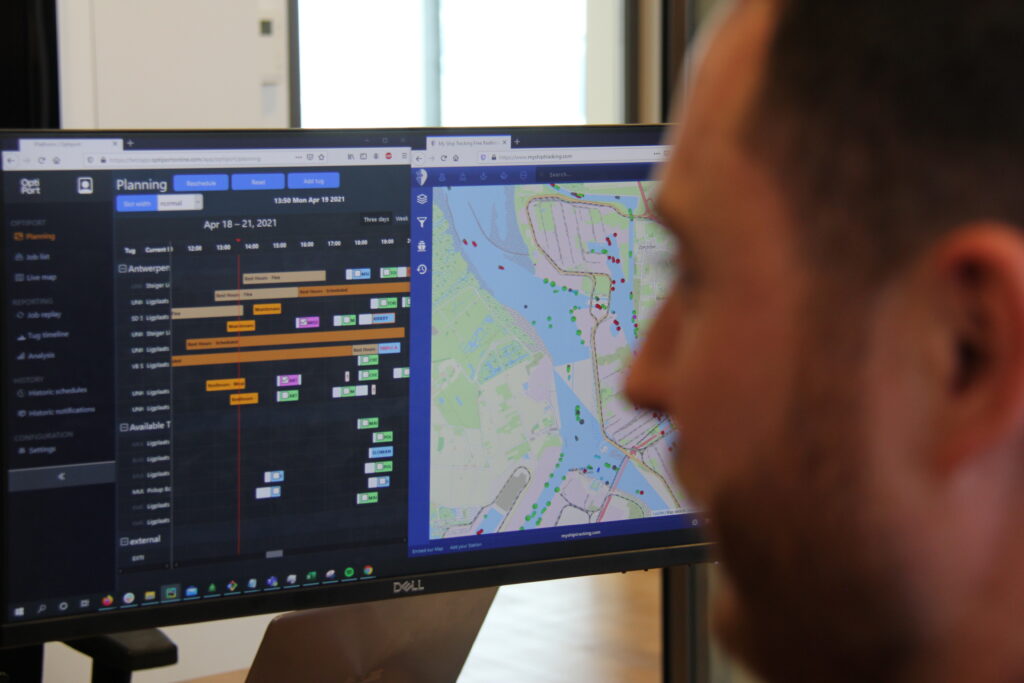 KOTUG OptiPort develops smart applications for the nautical industry, based on Artificial Intelligence. We provide a comprehensive range of planning and reporting based applications for our clients in the...